State of our Constitutional Republic 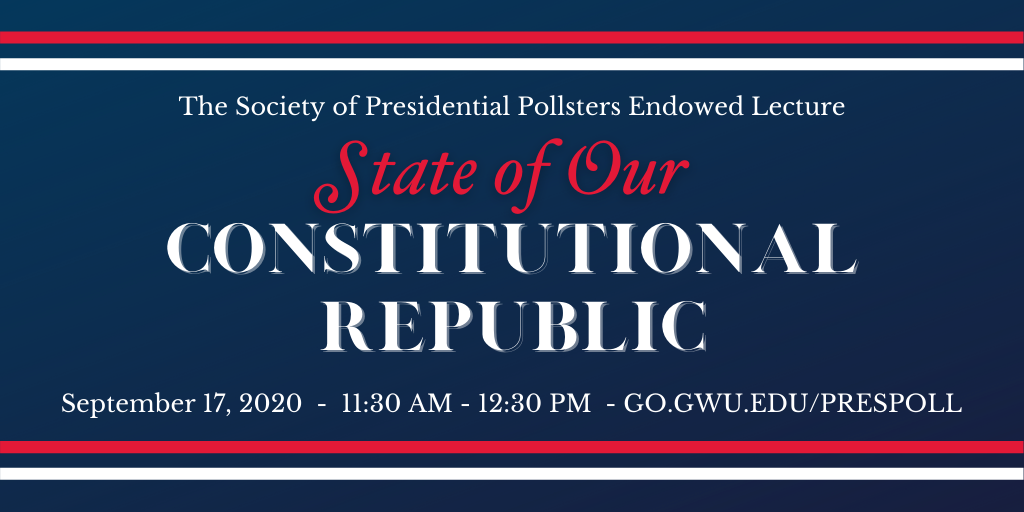 Two of the most renowned figures in political analysis take the virtual stage in the Society of Presidential Pollsters Endowed Lecture: State of the Constitutional Republic. Dr. Christopher Arterton and Mark Penn break down the latest polling on the presidential election and discuss the state of our nation's politics. They will take the pulse of the American voter and make sense out of what promises to be a presidential race unlike any other.