Find out what 1 thing totally transformed the cat grooming skills of 4 different Certified Feline Master Groomers. Get the scoop on how they groom cats, what they did to make their grooming faster, and their best tips for handling aggressive kitties. Plus more! You may just come away with some information that will make cat grooming easier.

​​​​​​​Sign up now for this free 1-hour webinar roundtable discussion between NCGI president, Danelle German, and three other Canadian and US cat groomers.

Register now and show up LIVE! 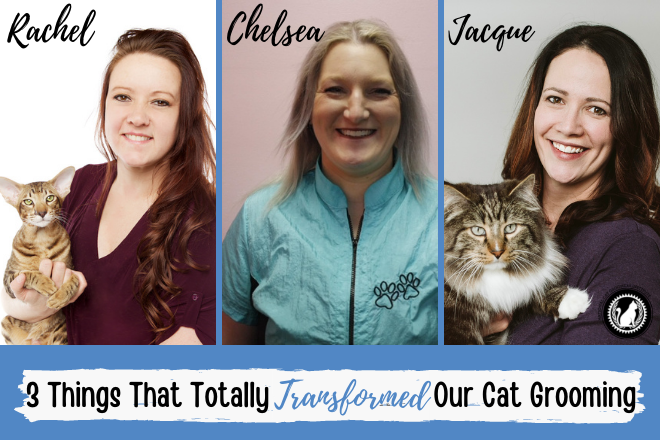