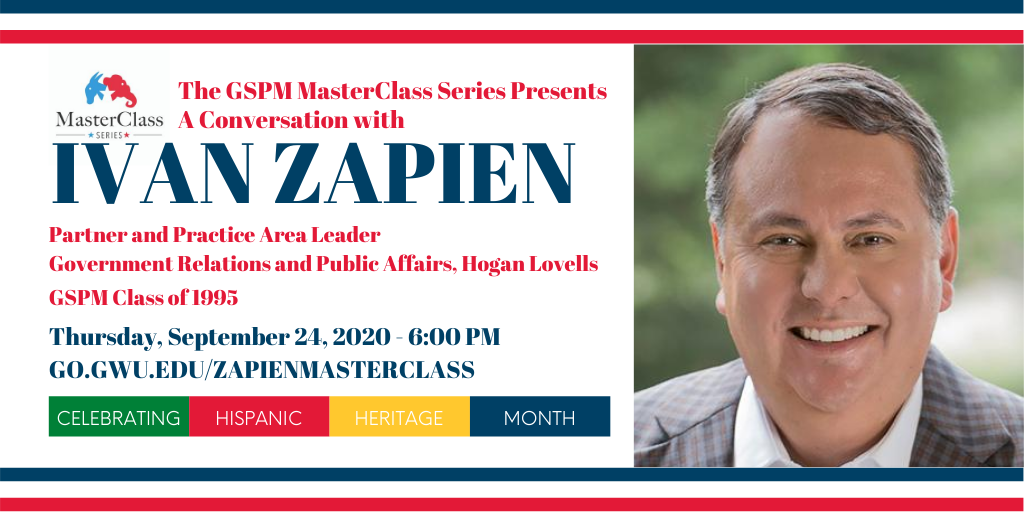 In partnership with Latinx Heritage Celebration, we are proud to welcome alumnus Ivan Zapien to the GSPM MasterClass stage. Ivan will share his insights and experience from a distinguished career in public service and as an advocacy leader in the private sector. Former GSPM Fellow Maria Cardona will serve as the moderator for this virtual event. Maria is one of the most influential Latina leaders in D.C. and brings her vast knowledge and experience in political strategy and communications to the conversation.