Race and Politics: Sparking Change From the Classroom Into Policy 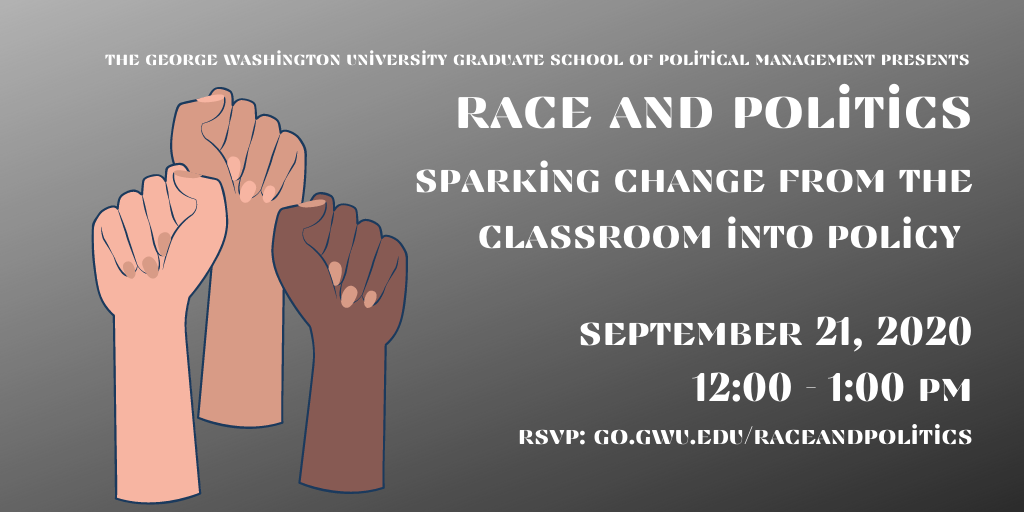 Students have long been at the forefront of the struggle for racial equality. Ideas that were conceived and debated in the classroom often spur popular action.  The challenge for every social movement is channeling the ideas that inspire demands for change into tangible policy. In this event, GSPM adjunct professor Quardricos Driskell and students Allison Lee and Tiffany Lowder discuss ways to translate classroom concepts into policy solutions that make a positive impact on our communities.